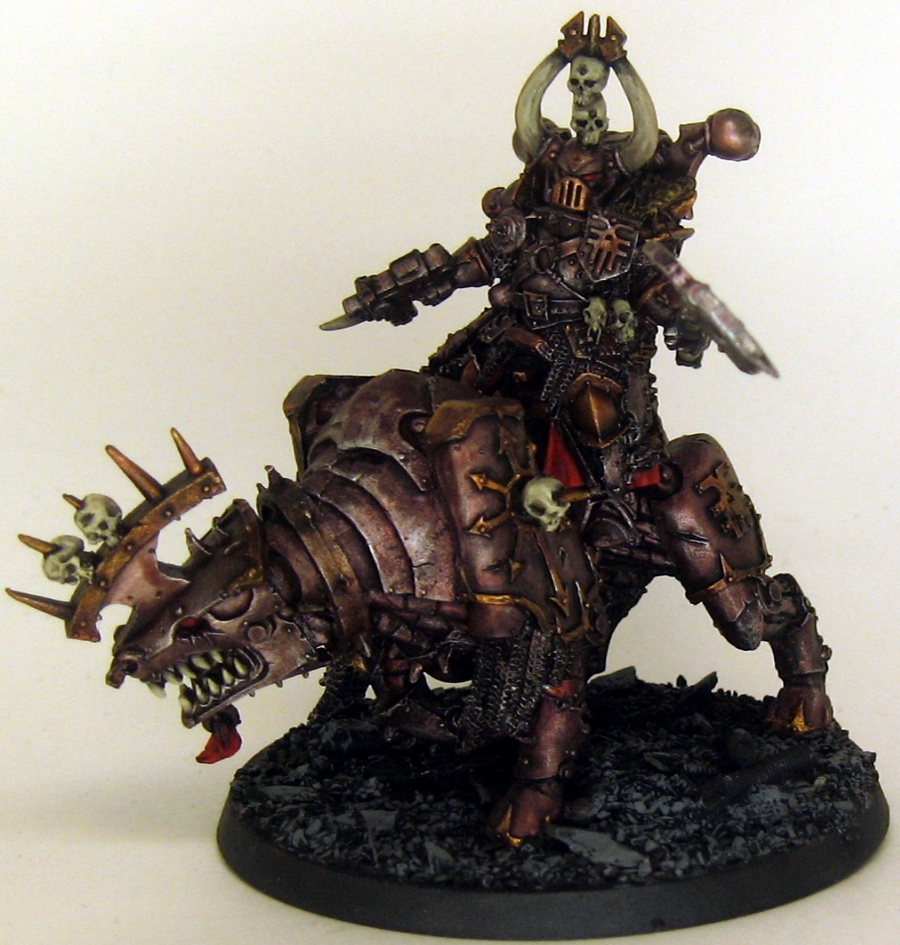 WIP shots of my Iron Warrior Warsmith on a Juggernaut of Khorne. I have nearly finished the painting and all that is left is some details. See full post for pictures. 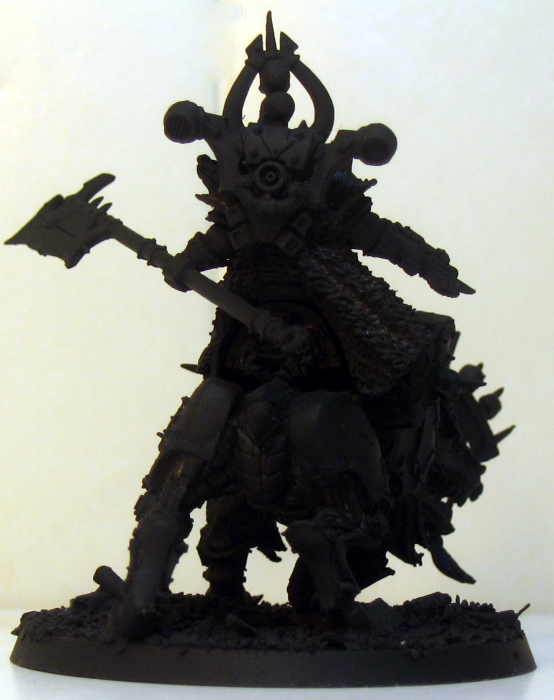 I’ve had this model since Christmas and have been trying to figure out how to turn the WFB Khorne Lord on Juggernaut into a mighty Warsmith of the Iron Warriors. The model as sculpted is a terrific looking model but the challenge was to make it look like it could fit into the 41st millennium. In the end I replaced the arms with CSM arms, added a CSM head and backpack and re-sculpted the cloak to fit the backpack. The power weapon is a combination of a CSM banner pole and a giant axe from the WFB Chaos Knights. The pictures are a bit hard to make out the detail due to the black primer but I am excited to start painting. Work on this will be interleaved with painting my hoard of Traitor Guard but I will continue to post pictures of the progress. 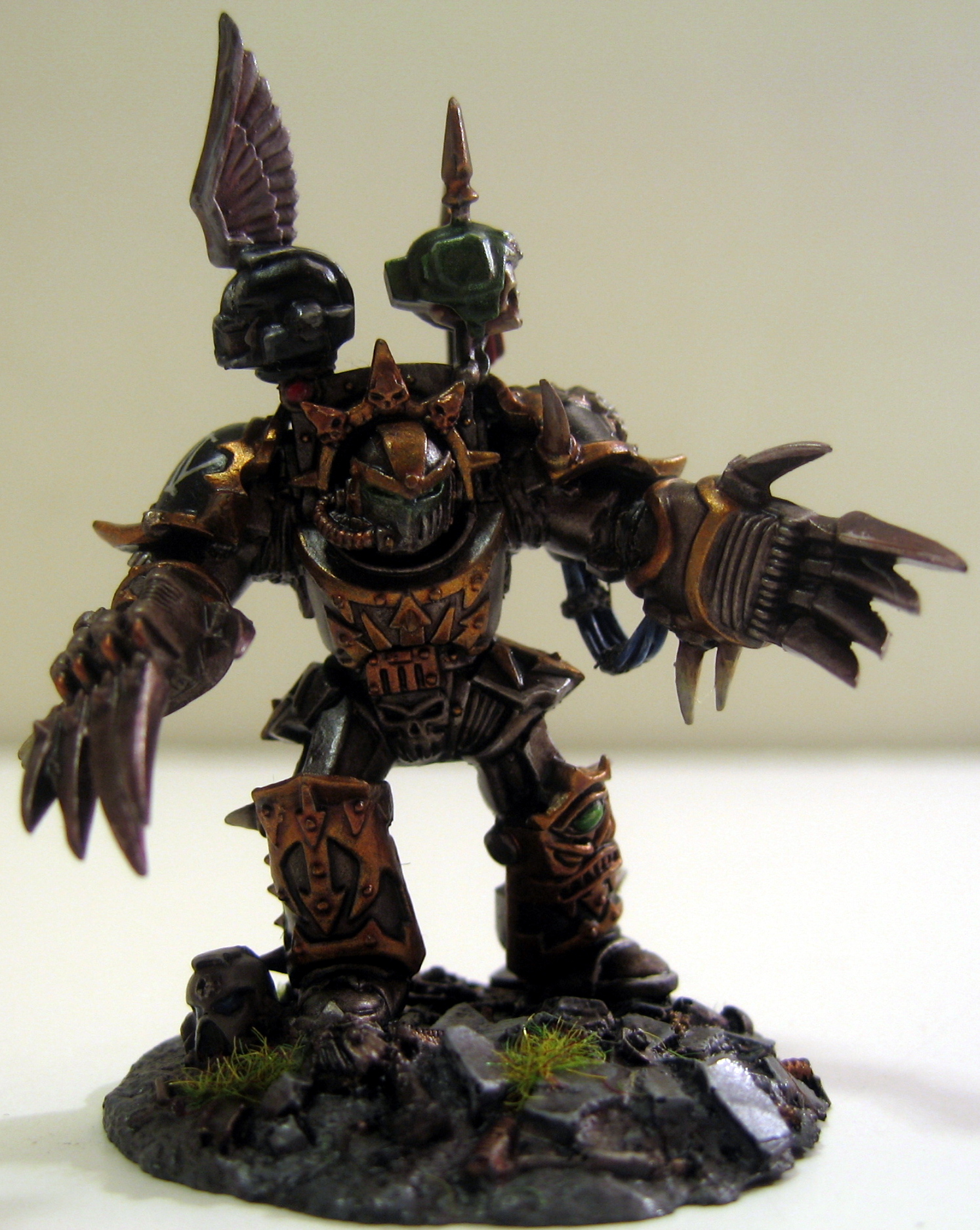 This is Captian Nestryx, commander of the assult forces of the 14th Grand Company. He marches to war in his Terminator Armour and dual lightning claws. As for conversion work on this model I used the Chaos Lord in Terminator Armour kit and used the two lightning claws in the box. I didn’t like the position of the claws so I cut each hand at the wrist, turned is slightly and re-glued. To make this work I had to redo the power cables running to each hand. I made the new cables out of 5 pieces of plastic rod and wrapped with a thin strip of green stuff. I also used a head from the Iron Warriors upgrade bitz set. This required some sanding of the head and armour opening to allow it to fit, but it has a great result. The base is one of the ones included in GW’s basing kit. It is the same size as the normal base for Terminators so I just used it instead.

Photographs and writing are Copyright (c) 2016 by Broken Paintbrush, a Systematics Innovations, LLC company. You are free to share any images or snippets of text here as long as contribution is made back to the original page on BrokenPaintbrush.com

Brand names copyrighted by Games Workshop, Fantasy Flight Games, Acrylicos Vallejo, and any other mentioned company are owned by the respective company and no claim or challenge is meant here. If you feel there is any copyright infringement on this site, please contact me at:

Please note that some, but not all, links may be affiliate programs. These links add no additional cost to you, but I may receive a portion of the revenue generated. This helps bring this content to you for free and helps pay my bills. Your support in purchasing through these links enables me to buy more models and create more tutorials, so thank you!
Loading Comments...